Dog Grooming Fails and How to Avoid Them As a Groomer 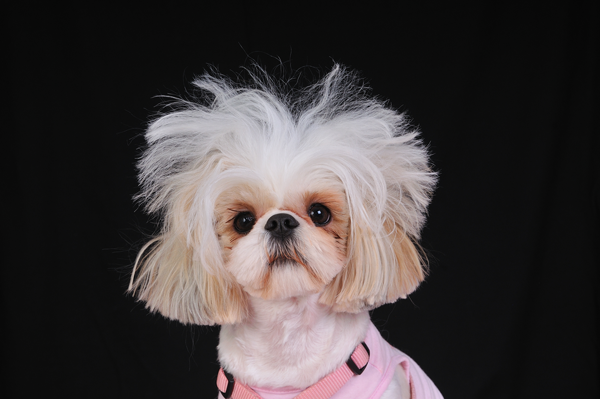 It’s one thing to know all the latest pet industry trends. It’s another matter entirely to know how to groom a dog successfully and not get caught up in the common dog grooming fails.

And if you’re looking to start a dog grooming business, you need to know the difference.

Here are some of the most common dog grooming fails that rookie groomers make — and what you should do instead.

Biting Off More Than You Can Chew

The most common dog grooming fail? Biting off more than you can chew.

In grooming, this usually happens when you accept a project that you haven’t built up the skills to deal with.

Let’s say an owner comes in with an Afghan hound. The dog is beautiful and sweet and the owner is looking for a regular groomer, so of course, you say yes.

Here’s the problem: you’ve never groomed an Afghan hound before, and they’re one of the most difficult breeds to groom, along with Komondors (for the famous dreadlock coats) and Bichon Frises (who have hair instead of fur).

If you take on a dog that you don’t actually know how to groom, there’s a good chance you’re going to do a bad job. Not only does that cost you a return customer, but it can also cost you that owner’s friends as well, as the owner will go home and talk about what a terrible job you did.

Failure to Brush Around Bath Time

Failing to brush before bath time is high on the list of dog grooming fails.

Dogs with long hair can easily get matted when they get wet, and like long hair, long fur tends to get tangled when it comes in contact with water.

That will make brushing much more painful later on (and mess up your grooming job further down the line). Plus, brushing helps remove any dead hair from the dog’s coat, and any tangles can trap dead hair.

So before (and after) they get out of the tub, make sure to get acquainted with the brush. 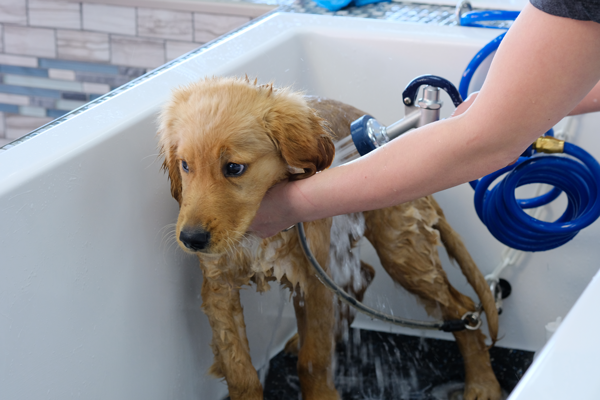 Nail Trimming with the Wrong Tools

For many owners, trimming their dog’s nails is a difficult task best left to those who know what they’re doing.

Hint: that’s either you or the vet.

Unfortunately, nail trimming doesn’t get any easier for groomers, especially if the dog doesn’t like having their nails trimmed.  However, there are things you can do to make it easier (or harder).

For example, cutting a dog’s nails with dull clippers is a surefire way to create a terrible experience for everyone involved.

Humans have nails, but dogs have claws, and claws contain nerves and blood vessels. They’re also directly attached to the phalanx bone at the end of the toe.

When you cut a dog’s claws with dull clippers, you crush the nails instead of cutting them. This can do a lot of damage to the claws and significantly increases the risk of slipping and injury.

It’s also much harder to be careful of the quick if you have to fight with your clippers (if you cut the quick, you will cause pain and bleeding and the dog won’t trust you with clippers anytime soon).

Be kind to your visitors. Replace your clippers often, make sure they’re sharp, and never rush into clipping.

Shaving mistakes are one of the most common dog grooming fails that owners complain about. But while their owners are more vocal about it, it’s even more uncomfortable for the dog.

Some dogs get so matted that you have no choice but to shave them. But if you shave a dog too close to their skin, you can cause razor burn, especially if the blades are broken or dull. If the owner doesn’t know the dog has razor burn, the dog could easily get a skin infection.

To that end, always make sure that your clippers and grooming shears are sharp and have new blades that won’t catch and skip. It’s the single most effective way to avoid razor burn, and it helps you give a more even haircut too! 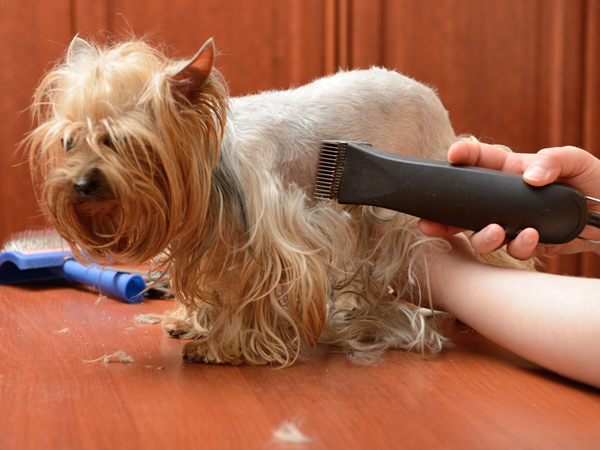 Getting Shampoo in Their Eyes

The owners won’t see it, but every groomer knows the heartache of a dog crying because there’s shampoo in their eyes and they don’t know how to get it out.

This can happen if you’re trying to bathe an uncooperative dog or you’re moving too quickly through the bathing process. No matter how many dogs you have waiting or how difficult the dog is, you have to take extra care when bathing a dog’s head and face.

Many modern dog shampoos are designed to be safe for a dog’s eyes, but the best solution is to avoid it altogether. Always go slowly, cover the dog’s eyes when you wash and rinse their face, and always make sure to rinse thoroughly. If you have a difficult dog, get someone to help you wash their face.

Letting the Dog Outside Right After Grooming

This is definitely at the top of the list of dog grooming fails. For many dogs, every mud puddle and poop pile is a friend they haven’t met yet.

Especially if they just got a bath.

Even the best-behaved dogs will try to roll in things after a bath. Most of the time, this is because they’re trying to get rid of the weird new scent in their fur and replace it with something familiar, though for some dogs it may be a form of stress relief.

Either way, you don’t want to have to bathe a dog twice. Save yourself the trouble and keep dogs indoors after grooming. 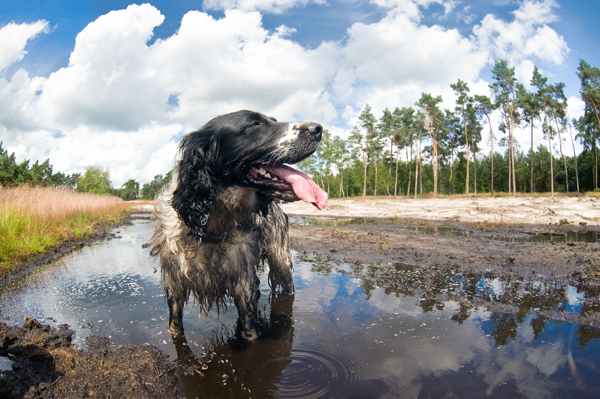 If you’re trying to start a dog grooming business, then you know one thing for sure: there’s so much you have yet to learn, from what supplies to buy to how to set your prices.

One of the most common dog grooming fails, that you may forget about is not purchasing a powerful business management software to help your business thrive.